After examining academic literature published after the year 2000, Lyons (2018) created an outlineof a male with anorexia to help people understand and be aware of some of the potential challenges and effects that anorexiacan have on men. 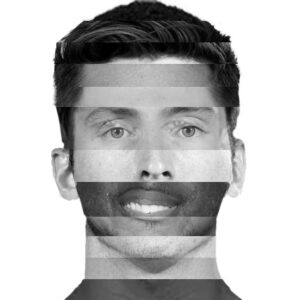 John was between 15-20 years old at the age of onset of the illness 1,2; however, it is unclear if this is the age he was classified by the medical community or the age in which he identified when his behaviour started. He was at some point before onset overweight2, and his anorexic goal was to lose weight to become more “toned/muscular/athletic”, as opposed to a female whose goal is to achieve thinness3. As well as restricting food, John’s favoured method of ridding himself of calories is by way of excessive exercise3. He prefers to vomit rather than use laxatives.

Within John’s immediate family background there is a history of weight or/and mental health problems1. Although a high statistical number of men with anorexia are homosexual, four out of five men with anorexia are actually heterosexual4. Although heterosexual John has had problems forming relationships (platonic and sexual) and is sexually inexperienced1,5. Although if he was sexually active before anorexia his prognosis is much better1.

In terms of John’s psychological profile, he generally feels insecure, worthless and inadequate and he feels he has a lack of control in his life6. The possibility of co-morbidity with another mental illness is likely7. In terms of his psychological traits, he may show Obsessive Compulsive Disorder (OCD) like tendencies, he has difficulty with decision making, impulsivity and/or immaturity are likely to manifest in his behaviour7. John will show more anti-social behaviour than his female counterpart in terms of lower levels of approval seeking and more bouts of rage, as well him being less compliant and cooperative3,4.

If John Doe were a gay man then the traits would largely be the same with the exception of his goal being similar to a female with anorexia, to become thin3. If part of gay community/scene he may find his weight loss leading to sexual encounters with other men.